Board Certified Pediatrician in Orlando, FL 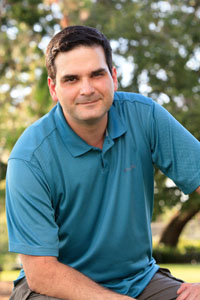 Dr. Hernando A. Cardona was born in New York City and lived there until his father moved the family to Colombia. He did his medical school training there, graduating in 1994, and meeting his wife in college. Together they came to the United States in 1997, when he took his boards and finished his training at the Pediatric Residency Training Program at Beth Israel Medical Center and the Long Island College Hospital – a SUNY Downstate affiliated program. After finishing his residency, he stayed on an additional year as Chief Resident and moved down to Central Florida in 2003, where he lives with his wife and their three children.

After joining and becoming a partner at Windermere Pediatrics, he broke off from them in the summer of 2013 to open his own practice, Pediatrics of Greater Orlando. His major professional interests are in the areas of infant and child development, growth disturbances, childhood obesity, and ADHD. Outside of work, you might encounter his family hiking a trail or geocaching.

Congratulations to Pediatrics of Greater Orlando, PA on being the on top Pediatrician in Orlando ranking of 2015.Verified byOpencare.com

Schedule a Prenatal Consult
Get started on the right track. Request a prenatal consult today!
Make an Appointment

Immunization Schedule
Learn the best course of action to prevent your child from getting viruses and diseases.
Child Vaccinations